Today I will write about silent fanless FreeBSD desktop or server computer … or NAS … or you name it, it can have multiple purposes. It also very low power solution, which also means that it will not overheat. Silent means no fans at all, even for the PSU. The format of the system should also be brought to minimum, so Mini-ITX seems best solution here.

I also made two follow ups to this article:

I have chosen Intel based solutions as they are very low power (6-10W), if you prefer AMD (as I often do) the closest solution in comparable price and power is Biostar A68N-2100 motherboard with AMD E1-2100 CPU and 9W power. Of course AMD has even more low power SoC solutions but finding the Mini-ITX motherboard with decent price is not an easy task. For comparision Intel has lots of such solutions below 6W whose can be nicely filtered on the ark.intel.com page. Pity that AMD does not provide such filtration for their products. I also chosen AES instructions as storage encryption (GELI on FreeBSD) today seems as obvious as HTTPS for the web pages.

Here is how the system look powered up and working.

This motherboard uses Intel J3355 SoC which uses 10W and has AES instructions. It has two cores at your disposal but it also supports VT-x and EPT extensions so you can even run Bhyve on it.

Now, an example system would look like that one below, here are the components with their prices.

The PSU 12V 160W Pico (internal) and PSU 12V 96W FSP can be purchased on aliexpress.com or ebay.com for example, at least I got them there.

Here is the 12V 160W Pico (internal) PSU and its optional additional cables to power the optional HDDs. If course its one SATA power and one MOLEX power so additional MOLEX-SATA power adapter for about 1$ would be needed. 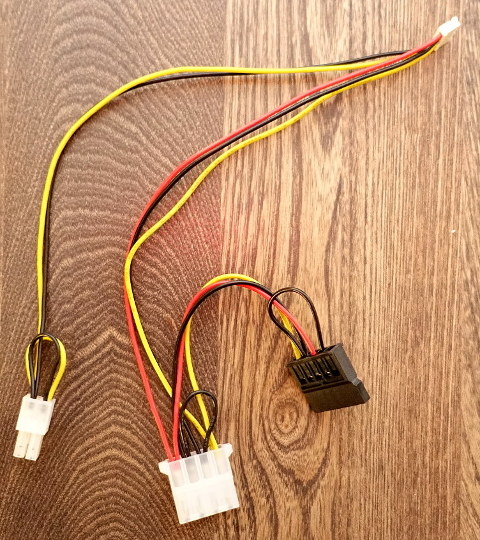 Here is the 12V 96W FSP (external) PSU without the power cord.

This is still without a case, I currently have SilverStone SG05 (today I would probably buy something else) which cost me about $100 but there are cheaper solutions with similar features. If you would like to use two 2.5 drives for even low power and noise as ZFS mirror, then the Inter-Tech ITX-601 case seems far more better as it also comes with the silent PSU.

With the Inter-Tech ITX-601 case the components and their prices would look like that.

Of course if ‘you wanna go pro‘ there are great cases such as Supermicro 721TQ-250B which is also used by FreeNAS Mini appliance and SilverStone CS01-HS with disks loaded from top, but they both cost $160 without the PSU. 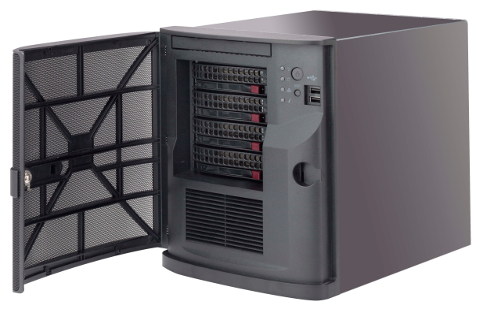 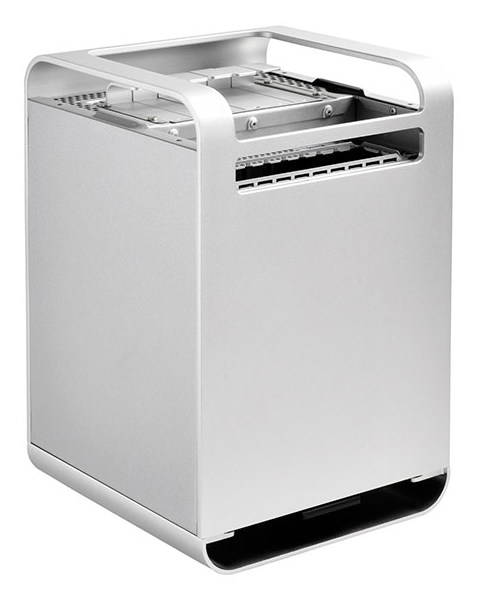 The RAM vendor is not important here, the more important is to get the low power DDR3 memory – the DDR3L as it takes less power.

The boring RAM stick itself. 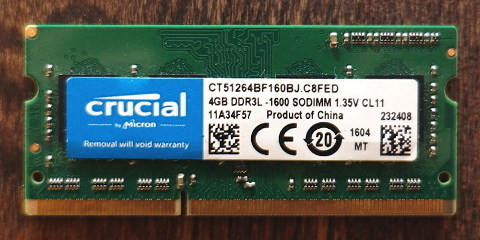 I have used USB 2.0 Drive 16 GB ADATA C008 for system drive but if you are going to buy one, the I would get USB 2.0 Drive Sandisk Cruzer Fit 16 GB as it barely gets out of the port or even two of them for the ZFS mirror for the system if its critical. 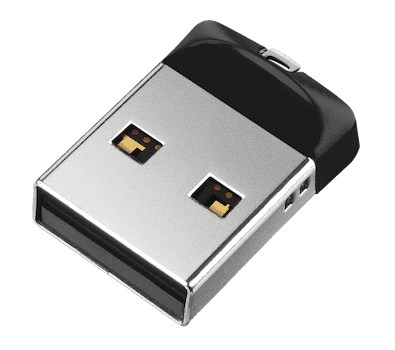 I also used tiny USB WiFi stick which is the size of Sandisk Cruzer Fit.

This gives as total silent fanless system price of about $120. Its about ONE TENTH OF THE COST of the cheapest FreeNAS hardware solution available – the FreeNAS Mini (Diskless) costs $1156 also without disks.

I have tried FreeBSD 12.0-CURRENT r331740 on this box, but the upcoming FreeBSD 11.2-RELEASE (currently at RC1 stage) would do as much well. Below is the dmesg(8) console output of system boot on this machine.

I haven’t tried the HDMI output but VGA output both in console and X11 worked properly, same for sound, onboard NIC and rest of the provided interfaces. To connect to the Internet and fetch packages I used tiny USB WiFi stick based on the RTL8188CUS chip, also worked very good, here are details from the console about the USB WiFi stick from dmesg(8).

If it will gonna serve as NAS when what storage should You attach to it? Depends on how much storage space you need, if You can fit in 5 TB (which is quite a lot anyway) You can still use that Inter-Tech ITX-601 case as Seagate provides 5 TB 2.5 drives with BarraCuda ST5000LM000 model.

I currently use two 4 TB 3.5 drives as they are cheaper then the 2.5 drives, but that of course requires bigger case and more power and also makes more noise.

As these motherboard come with PCI-Express slot you can expand the features even more, for example with 10 GE card or additional SATA controller. When I used the older solution I used that slot for the USB 3.0 ports card extension.

These kinds of motherboards often come with internal Mini PCI-Express ports which are ideal for wireless devices or SSD drives.

You can put plain FreeBSD on top of it or Solaris/Illumos distribution OmniOSce which is server oriented. You can use prebuilt NAS solution based on FreeBSD like FreeNAS, NAS4Free, ZFSguru or even Solaris/Illumos based storage with napp-it appliance.

You can of course stick with one SSD or USB flash for the system and use it as a desktop with install like in the FreeBSD Desktop – Part 2 – Install article, but in that case I would suggest getting even smaller case then the ones described here.

With WiFi card that supports Host AP mode (most Atheros devices) You can also turn it into a safe wireless access point on a HardenedBSD system, or even OpenBSD.

As Bill Bog mentioned in the comments below that such kind of setup does not offer ECC memory and I agree with him that its better to have ECC then to not have it so I add this update with information on how to achieve still cheap and silent fanless setup.

The ASRock C2550D4I comes with help and ECC memory support and its not THAT expensive as you can get it new for about $290. It comes with quad-core Intel Atom C2550 CPU and uses only 14W of power which is not bad considering that it can support up to 64 GB of ECC RAM and has 12 (!) SATA ports. It also covers all important features as AES instructions and VT-x and EPT extensions for Bhyve support. It still provides PCI-Express x8 slot and even remote management with IPMI. And last but not least it has two 1 GE LAN ports.

Here is how it looks.

As ECC RAM is usually more expensive then the regular one the used ECC RAM stick needed for such setup is very cheap, without any extra effort I was able to find used Samsung DDR3L 4GB 1333 ECC REG. PC3L-10600R memory stick for about $10.

The example complete ECC setup would look like that.

Still QUARTER OF THE COST comparing to the FreeNAS Mini (Diskless) appliance and we will have two Sandisk Cruzer Fit 16 GB drives to put system in a ZFS mirror as we already use ECC memory for increased data security.

The Silent Fanless FreeBSD Desktop/Server article was featured in the BSD Now 253 – Silence of the Fans episode.

Seems that I indirectly created $50 discount on http://SilentPC.com machines 🙂

The Silent Fanless FreeBSD Desktop/Server was featured in BSD Now 253 – Silence of the Fans. Peter from SilentPC wrote here http://dpaste.com/2N6DC6P and you can also see it talked through in the latest BSD Now 262 – OpenBSD Surfacing episode from 1:03:27 to 1:04:37 that if you mention BSD Now in the comments at checkout they will get you a $50 discount on a system.